The Million Things I’ve Been Up To Lately! 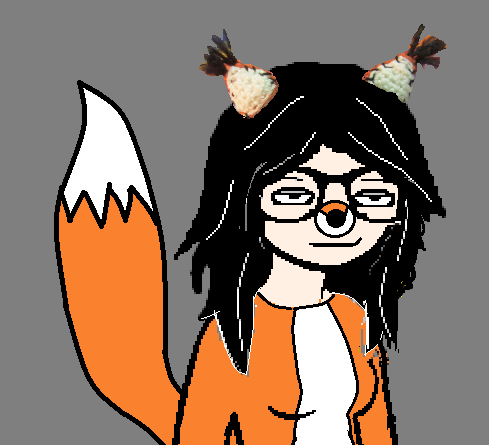 I haven’t posted in awhile, so I figured I’d better get on the ball and let my ghoulz know what I’ve been up to! I’ll try to make updates more often from now on so that I don’t have to lump in so many different topics in one post.

Right now I’m super excited about the upcoming Lego Marvel game, which I’ll be getting tomorrow or the next day! You can watch a trailer for the video game here.  I hope there is lot’s of Loki in it!!! Lokilokilokilokilokilokiloki!!!! I’ll be kicking back and gaming for days once I finally get it! I’ll be switching between that and Little Big Planet Karting, which I tried recently and would like to play around with some more! You can see a trailer for that one here! OMg, the adorable factor on both of these games is enough to make my eyeballs explode!!!

Let’s not forget about that awesome new song, “What Does the Fox Say?” It’s so silly….but also so addictive! You know I was inspired by it! How could a crochet addict not have to whip up some foxy goodness after jamming to that all day??  I designed and finally finished a crochet fox ear scoodie and matching fingerless gloves, which I’ll share pictures of sometime over the next few days. I used my mad doodling skillz to update my display picture to a foxy version of myself. I’m quite proud. If you’d like to see what in the heck music video I’m talking about, you can watch the music video here.

Oh! Speaking of Loki! I also started reading the new Young Avengers comic because kid-Loki is in it a lot! It didn’t disappoint at all! Of course, I’m always happy if I’m looking at Loki! Hehehe! I also read that in February, I think it was, Marvel is going to give Loki his very own comic where he’s the hero rather than having him take over random comics like Young Avengers and Journey Into Mystery! Loki deserves his very own comic!

There is also a petition going around where Tom Hiddleston and Loki fanz are trying to get a Loki-centered movie made!! It’s called Free Loki. You can sign that here. Go do it. Now. I’ll wait. Done? Okay, great!!!

Let’s see…what else have I been up to? Oh, yeah! I went on another Insane Clown Posse kick and doodled up a juggalo starling picture. (Insane Clown Posse is a band I like.) I’ve been enjoying the ICP theater too! That’s where Shaggy 2 Dope and Violent J watch music videos and comment on them, kind of like a Mystery Science theater type of thing. They’re actually pretty funny with it, though I haven’t laughed so hard I almost pee all over myself like I do with Mystery Science Theater. 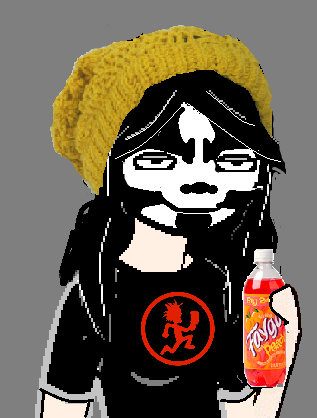 Now, how many of my ghoulz out there love Swamp Thing? TRICK QUESTION! Everybody loves Swamp Thing!! Especially my husband, Valtiel, who is now also going by the admin name Master Betty. It’s a Kung Pow reference; one of my favorite movies of all time! So I was super sweet and doodled him up a brand new display picture of him dressed up like the Swamp Thing! Yes! Here it is:

Pretty rad, eh? Yes, Swamp Thing has wings and horns when he wants to, ’cause Swamp Thing is just that awesome!

Another thing I can hardly contain my excitement about is the latest happenings with Homestuck! The creator is taking a time out from posting updates right now because the web comic is so close to finally being finished, after years of hard work, so he doesn’t want to torture us with short, single updates when the excitement is getting soooo intense. I can hardly wait for him to dish out those final updates, though! I have a feeling my entire Christmas budget is going to be spent at the Homestuck stores, What Pumpkin? and Topatoco, because he says that they are going to be adding awesome stuff there too! Are any of my ghoulz Homestuck fanz??

Now you are up to speed on a portion of what I’ve been up to in my swimming little world!

Now I must go and pet my Mizzy Kitty Cat. She demands snuggles, and Turtle is demanding fresh water in her brand spanking new super large reptile water dish! How she does love a turtly soak!