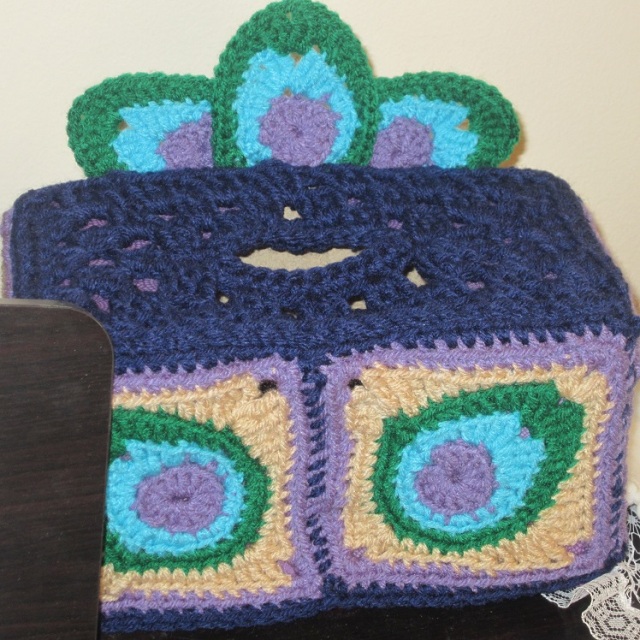 The peacock square is not my own pattern. I made 6 squares from the FREE pattern you can find here:
http://bananamoonstudio.blogspot.com/2013/03/happy-national-crochet-month.html
The only thing different I did was that I used an F (3.75MM) hook for Rnds 1, 2, and 3, and then I used a size K (6.50MM) hook for Rnds 4 and 5. (And Red Heart Super Saver Yarn)

Then I used a yarn needle and sewed the squares together at the sides using the back loops only of the side rows on the squares.

Once the squares were sewed into a closed circle to create the sides of the tissue box, I joined my yarn with a sl st on the bottom of the tissue cover, (using a size F hook again), and working in the back loops only I sc around adding sc decreases between each of the squares to pull them together a little more smoothly. I repeated to line the top of the squares as well.

I then used a yarn needle to sew to top to the top edge of the sides. If you’d like you could make several Peacock feathers from the inside of the square pattern, stopping after round 3, and then place the feathers around wherever you want! 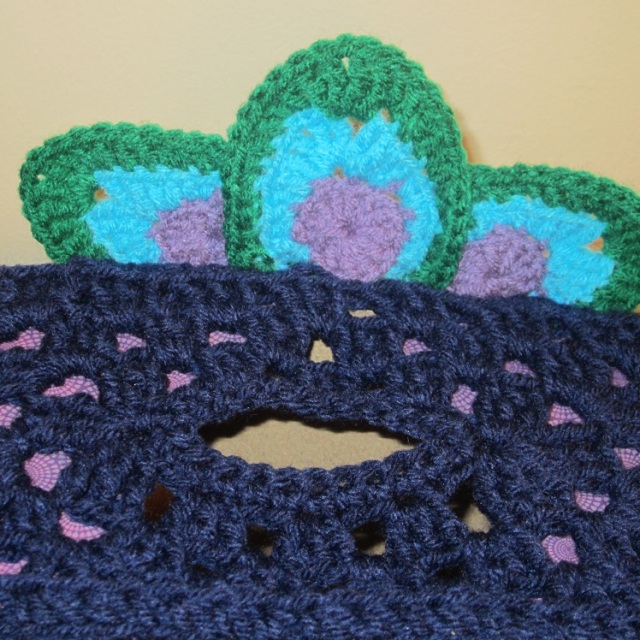 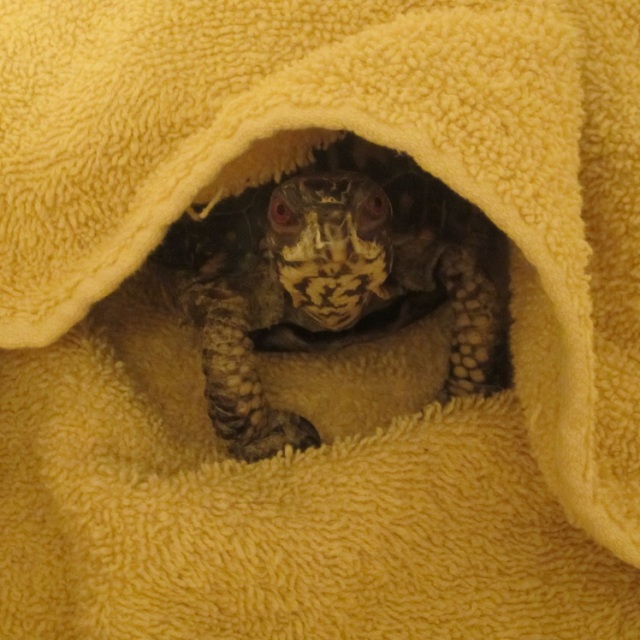 A picture of Turtle pretending to be a turtle taco?? How did this get in here?