I have been so obsessed with this FREE crochet bunny pattern lately! They are the most adorable bunnies ever!!!

I just made a nautical-themed bunny for myself so I can snuggz him and squeeze him! I just made up the hat as I went along and didn’t write it down, but I’m pretty sure you can find a much better one on ravelry or pinterest in a simple search. For the life preserver, I used a hook size a few times larger than I used for the bunny. I used an F for the bunny and a K for the preserver. I chained 10 and joined to form a ring. Then I worked 20 sc into the ring and joined with a sl st. Then I took some red and wound it around four different sides. 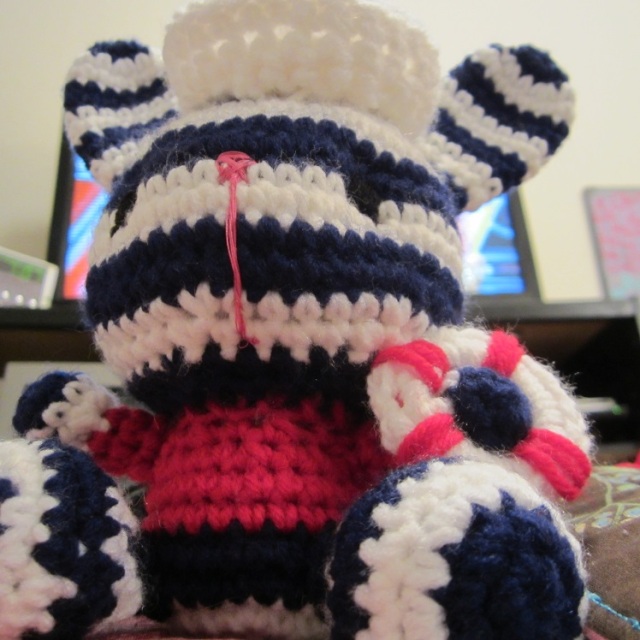 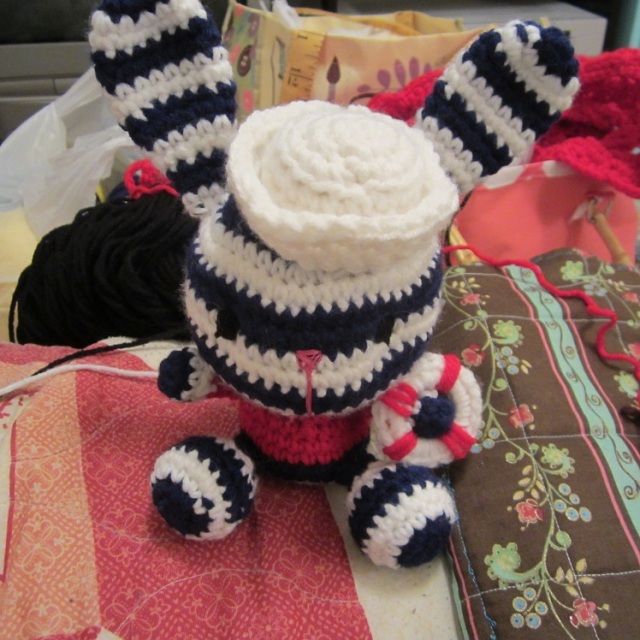 I made another one for Admin Important! She seems to like it! She deserves the bunny snuggz!

The first one I made was for my Great Aunt DD. We’re pen pals and I lurvz sending her lil’ crochet gifts whenever I can. She’s such a sweet lady! However, I made this bunny and became addicted to the bunniez patternz. 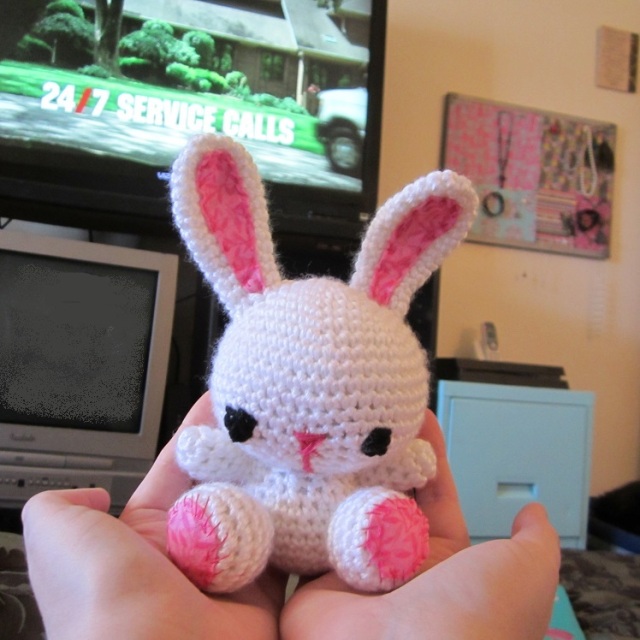 Now you must design your own bunniez! Follow the link up there to the FREE pattern and make ALL THE BUNNIES!!! Party on, ghoulz!